If Bengal wins, it will not lose

A drop of lime in a bucket of milk. But who threw that lime? Even in the midst of global concern, there is no point in finding out who is to blame now, the center or the state or any other national-international regulatory body. Now is the time to fight. Awareness, not blame. What, the enigma? Suddenly, whose fault, what is the fault, what is the fault, milk, chona – how did these issues come about? Let’s be clear. The center of gravity can be reached by peeling the onion. 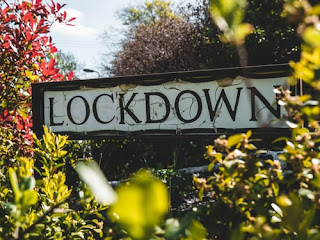 Don’t be an international epidemic

The corona was found in China’s Wuhan province in mid-December last year. At that time, his name was neither Corona nor Covid-19. People were being admitted to the hospital with a strange problem and fever. No one could say the cause of the disease, nor the source. The end of December came to find the roots of the tree and inform the World Health Organization. Until then, the issue is no longer limited, with the hasty scientists sitting in Geneva realizing that another epidemic is about to be added to the history of civilization.

In its own contagious power which can give ten goals to SARS, Mars, Ebola, Nipah, Spanish Fulu. Uhane L in December. One more month later in India, January 30th. Kerala, then 15 states one by one. The people of Bengal were gasping for breath, there were also fears. When we, when here, Bengali detained Corona for 48 days. Then on March 16 he came to Bengal. Keep in mind that being detained for 48 days is not an easy task. 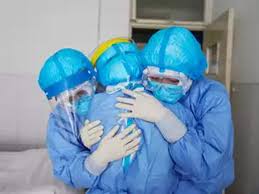 The main reason is that there is a fundamental difference between nine crore (now much more) and five other states of the country with West Bengal. That is the long international border. Bangladesh, Nepal and Bhutan. The border of West Bengal with these three neighboring countries is more than two and a half thousand kilometers. Only Jammu and Kashmir (3176 km) is ahead of Bengal in this regard.

Keeping an eye on these international borders is the key to preventing the Corona epidemic. Chief Minister Mamata Banerjee and her health department officials understood that if the border surveillance was done properly, they would be the first to smile. Work as you think. Screening started in Bangladesh and Nepal border like Petrapole, Mirik, Pashupatibazar. Besides, strict checking has been started at three ports of the state including Kolkata and Bagdogra airports and Haldia.

Look at the long border with other states. That is, 78 checkposts went into the hands of a joint team of the health department and the police. The conclusion is, anyone, when checking in. Immediately the infrastructure was expanded. Isolation wards for different government hospitals to keep patients with corona and corona symptoms isolated or isolated, increase life-saving equipment and manpower there. All this was going on then. When no one in the state was caught. That’s what preparation is all about. Only God knows how fast the disease will spread. So what needs to be done first, much earlier. So far everything was fine, justified. Bengali was ahead.

Union Health Secretary Preeti Sudan and WHO West Bengal Co-ordinator Dr Pritam Roy openly praised Bengal’s move. “We are proud of this state,” he said. Then came that instruction. An SOP-standard operating procedure was created on 13 March. While only seven countries – China, Korea, France, Germany, Spain, Italy and Iran – saw the return of these citizens arriving at the two airports in Bengal. 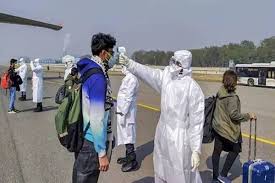 After the first corona was caught

Do a little research and you will see that the first corona affected 17-year-old boy from West Bengal came from Britain on March 15. Where is the home of the next victim, an aristocratic young man from South Kolkata, also in Britain? Arrived in Calcutta on 13 March. The next victim, a young woman from Habra, arrived from Scotland on March 19.

The three were diagnosed with the disease on March 18, 19 and 20, respectively. Significantly, the SOP on March 13 did not even mention the return of passengers returning to Britain and Scotland at the airport. Is it true that the SOP was created with a strange thought? Where only the citizens of seven countries were seen at the airport talking about the strictures?

How many people have been infected in Bengal

26 people were infected, 101 people were newly infected, 959 people recovered, 237 people died in Bengal. More than half of the world’s corona is infected, although the state’s health chief, Dr Ajay Chakraborty, said the SOP complied with guidelines from the central government and the World Health Organization.

All foreign returnees to Kolkata have been asked to remain under house arrest. If not, Health Secretary Vivek Kumar has said that quarantine will be done by force. Kolkata Mayor Anuj Sharma also emphasized the same thing in a tweet. He said the epidemic law has been issued from now on. We have to obey the government. 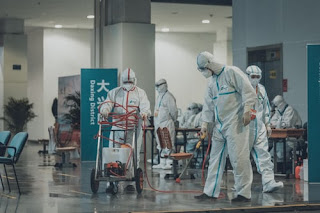 Now do you understand why a bucket of milk, a drop of lime was mentioned at the beginning of the writing?

Let’s take a look at the latest information on Bengal, now there are 2677 people affected by Corona in West Bengal. The people of Bengal are under house arrest. 181 government and 8 private isolation beds made. As well as public-private health infrastructure, combat equipment, masks, sanitizers, PPEs, ventilators, everything. Hopefully, that March 13 SOP will not be repeated. On the contrary, everyone will say again, Bangla is number one in the Corona fight.