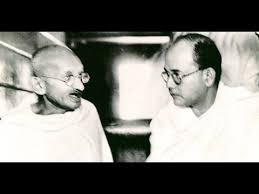 Ambedkar is looking at Gandhiji’s fixed gaze. No one looked away for a few seconds. Focused on each other. Ambedkar said, “You are very important in providing education and health, that is a good thing.” But Gandhiji, all this is in the hands of the government. We will put pressure on the government. Why is the government denigrating this Dalit community? I will make a movement. You are doing too. But more than that, social change is needed.

Don’t you think so? The government has no role there. Who will explain the upper caste? They consider Dalits as slaves. Feels disgusting. Do you know all this? Bhimrao Ambedkar asked.

Gandhiji was listening with his head down. June, 1934 Bombay. Ambedkar did not stop, but said again that the Dalits should have a right to the water of the well from which everyone drinks. The society has to ensure that Dalit children have the same rights as the children of ordinary families to study in public schools. Isn’t it?

Gandhiji came to work in Bombay for two days. Gandhiji has started the fight against untouchability. He will tour all over India. Which is called Horizon Tour in the media. If India cannot be saved from the curse of untouchability, Indians have no right to seek independence from the British. 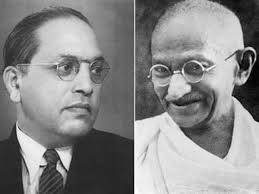 Gandhiji was in Orissa last month for this movement. Gandhiji has taken a new kind of program in Orissa this summer. He decided not to travel by train, car or bullock cart. Take a walk. The struggle for social freedom of the Dalit society is not like that. So he started walking from Orissa. He walks at least 10 miles every day from village to village. From Orissa to Bombay. Bhimrao also came to meet Ambedkar that day. And then he said these words to Gandhiji.

Gandhiji thought that what Ambedkar said must be thought of. You have to think which is the priority then? That must be considered. We have to think that then we need to discuss, thought Gandhiji. This time he will go to Pune. With wife Kasturba. There is a meeting at the Municipal Auditorium in Pune.

What else did he do?

Then go around a few Dalit mahallas. Gandhiji is coming, after a long time. So the municipal hall is crowded. There is no space on the second floor balcony beyond the hall. The entrance is also narrow. So Pune police has been deployed. CID intelligence team is behind it. What exactly did Gandhiji say? And those who have come here to listen to his speech also need to be monitored.

Because Pune is a center of extremist revolutionaries like Bengal. This is a recent award ceremony given by the British government, some young people bombed and fled. June 25. The Boy Scout Band is quite happy today at the Municipal Auditorium. Because this is the first time they have been called to such a prestigious program. That’s why there are more calls at school morning fairs or wedding processions.

It is a privilege to play in a band where Gandhiji is coming to give a speech. So the Boy Scout Band is playing music with all their heart. Gandhiji will enter through the south verandah. On the first floor of the building. Suddenly a hushed buzz was heard, the sound of some cars below. Rumors are floating, Gandhiji has come ….. Mahatmaji has come ………. Be ready ……. Be ready. Upon receiving the signal, the boy scout band started the welcome music. Two cars are really entering from the gate below. This is the time of Gandhiji’s arrival. So he is the one entering. Flowers started spreading on the car. 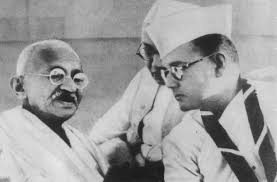 What happened after Gandhiji came

Boom …… boom ….. two muffled words and smoke. For a moment, everything seemed stunned, stunned. Straight to the roof of the car, two bombs fell. The bomb fell from the balcony, the first bomb. The second bomb went off the roof of the car and hit Bonnet. And explosions. Adolescent girls with flowers and garlands in their hands are running in panic.

Although many people sitting in the auditorium did not know what was going on. Because the band is playing. There is a small wall at the back of the building. From there it is also possible to go to the top of the wall. No suspects were found on the second floor. That means the assassins have escaped. Or maybe this crowd has mingled.

But why would anyone want to kill Gandhiji? By then the door of the car had been opened. When he came out, holding his hand, he saw him and a muffled sound came out of the crowd’s mouth. He is not Gandhiji. Someone else. Gandhiji was not in the car. Annasaheb Bhopatkar is coming out of the car. A staunch Hindu leader. He himself was anti-Gandhi.

But came to hear Gandhiji’s speech. Those who bombed did not realize that it was not Gandhiji’s car. Didn’t even wait until Gandhiji got out of the car. At the time of this incident, Gandhiji was stuck at a level crossing just before entering the city of Pune. Because two trains are going in a row. So it is too late to open the level crossing.

Gandhiji arrived at the meeting. But it has been decided that he will not be told anything in advance. Rather, the meeting is going on normally. Gandhiji came. And spoke out against untouchability. He also spoke about his long relationship with Pune. It was here that he went on a long hunger strike in the Yevada prison. Upon hearing the announcement to break the fast, Rabindranath ran away from Santiniketan.

After the speech, CID officers surrounded Gandhiji. Gandhiji never liked it. And he has never seen so much police activism. What’s going on? Why so many policemen? The police want to get him out of the municipal hall as soon as possible. Gandhiji was told everything in the rest room of the circuit house. He was stunned to hear.

He said, “I can’t believe it.” Kasturba was with me, three other girls, who were my concubines, were in the car. If that bomb had fallen on my car, every one of these innocent people would have died because of me. 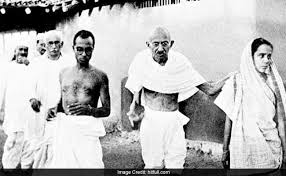 Whose work is this?

Gandhiji was told that a fanatical organization called Sanatani Hindu could do this. Because, before you come, they constantly preach against you in Pune. Gandhiji replied, traditional Hindus believe in such killings? If the fight for the social rights of the Harijans seems like a crime to this traditional Hindu organization, then I am ready to be martyred.

I will tell those who want to kill me to double their strength and fight for the removal of untouchability from the country.

The rest will come in Part 2