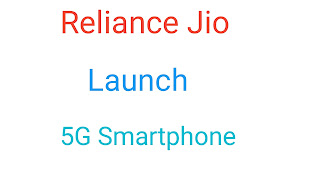 After bringing cheap data to the market, Reliance Jio is now preparing to bring cheap 5G smartphones. Reliance Jio has teamed up with Google to launch 5G phones in India. The price of this cheap 5G phone can be around 4000.

Let us know about this phone

The Jio Orbic Phone (RC545L) is listed on the Google Play Console. Jio has given information about the shots in this phone’s feature in the Google Playlist. According to the list, this phone is powered by Qualcomm’s Snapdragon QM215 processor. Designed for Android Go smartphones.

This phone will launch Android Go

In the case of processor, this phone can be launched with Android Go. This phone is given a 1GB ram. Display HD+ resolution is given. Can be launched this phone with Android 10 or 11. The phone is expected to launch in India in December 2020. The report further claims that Jio will bring 20 million smartphones to the market within a year.