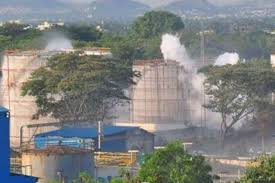 In the city of Visakhapatnam in Andhra Pradesh, there is a company called LG Polymer Industries, a South Korean company. There Vizag Gas is made, the company employs more than 2000 workers. Vizag Gas leaks at 2.30-3.00 in the morning. When this gas enters the human body, headaches, shortness of breath start, resulting in illness and death.
Prime Minister Modi spoke to Andhra Pradesh Chief Minister Jaganmohan Reddy about the situation. He assured all cooperation from the center. Jaganmohan Reddy officially informed the Prime Minister after the accident. Chief Minister Reddy informed to speed up the rescue operation in the area. He said the situation was now under control and appropriate measures had been taken to treat the victims. Hearing this message, he sat in a meeting with the officials of the department. Eight people have so far died in the gas accident, after which LG Polymer Industries has filed a case with the police and has been held responsible, said Chief Minister Reddy.
The DG SN chief of the force said locals spoke of a toxic infection of the throat and skin. 1500 local residents have been evacuated from the area. Of the rescued residents, 700 have been sent to hospitals.

What is the cause of gas leak: – 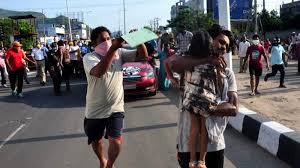 According to LG Polymers, polymerization may occur automatically as a result of condensation and temperature rise inside the storage tank. As a result of this incident, the agency said that we are investigating the incident. Gas has been sealed, leaks are no more. After 4 hours of thorough investigation, we will give an all clear signal.

It is a combustible liquid used in the manufacture of polystyrene plastics, fiberglass, rubber and latex. The website, operated by the U.S. National Library of Medicine, said in Tox Town. Styrene is also found in natural foods such as car exhaust, cigarette smoke and vegetables and fruits. 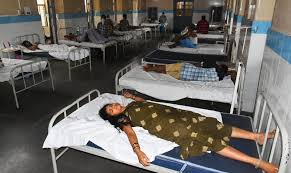 What are the possible harms of styrene: –

According to the U.S. Environmental Protection Agency (EPA), short-term exposure to the gas can cause shortness of breath, eye discomfort, mucous membrane problems, and food problems. Long-term exposure can have serious effects on the central nervous system.

What is the sacrifice: –

Sacrifices include headaches, hearing loss, fatigue, and weakness of the mind. According to the EPA, tests on animals have shown that the central nervous system can cause liver, kidney and eye and nose problems.